Artequus in Alhaurin de la torre is the leading company in equestrian theatre from Alhaurín de la Torre. Equines are not just mere complements; they are the protagonists of the show.

Sinatra has an imposing presence and a calm character. He never gets intimidated by the audience. It’s said that he was born an artist. Elektra is the latest addition to the group. She has the nerve of youth, but in the scene she is a professional. They are the two horse-actors of ‘Unalome’. The Málaga-based company Artequus Théâtre is premiering the show on July 6th at Artequus Equestrian Centre in Alhaurin de la Torre, which revolutionizes the concept of artistic horse riding. They are not animals executing movements; they are performers starring in a play. 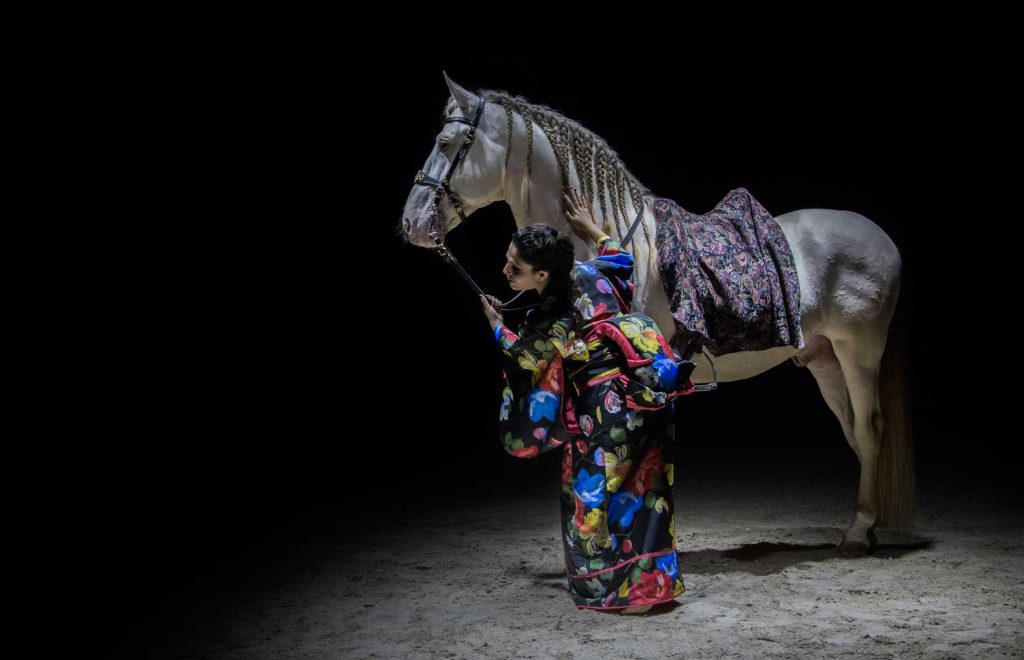 Artequus Théâtre is a pioneer in Spain in equestrian theatre, with wonderful equestrian shows that make a difference. With a theme as the guiding thread and some general guidelines, in this proposal the horse makes his own choreography in many moments. The animal walks according to its mood, the music and what the audience transmits to him … «And when they are loose, they make natural movements. They roll around, they bite the partner, they play between them, they run in the same direction … If  you try to make them do that when being ridden, you would not get the same result”, explains Alejandro Barrionuevo, director and creator of the company.

The indoor riding arena (in Calle Ave Fria, Alhaurin) becomes a stage where twelve thoroughbred  and nine artists dance together -among riders and a flamenco dancer-, to the rhythm of the original compositions performed live by five musicians. There are exhibitions of movements’ precision, traditional riding, but it also demonstrates a “connection between man and horse” that goes beyond the perfect technique. “We see the horse as a work colleague, not as our worker,” Barrionuevo adds. There is a strong component of improvisation. “And the horses never cease to amaze us.”

He insists there is only one rule above all others: “respect”. “For me it is much more than an animal to ride. He is my friend, my companion, my teacher. It is practically my everything », tells from the equestrian centre where he works and lives together with his wife, the flamenco dancer Rocio Garcia. “They are going to sleep in bed with us soon,” he jokes. He talks about them as if they were his children, each with his personality, and caresses and kisses them as such. While walking around the centre, they stick their heads out from their stables Sinatra, Kornelio, Felipe, Morgan, Elektra … Everyone has their review on the website, like any other actor in the information leaflet of a theatre play.

Barrionuevo puts in ‘Unalome‘ his more than 20 years of experience as an artistic rider, the profession instilled by his father, Miguel Barrionuevo, one of the founders of the German company of artistic riding “Apassionata”. His son is still linked to that company and he toured Europe with his horses for months. But three years ago, when his mentor died, he decided to go one step further, create his own company and stage theatre plays rather than horse shows. ‘Unalome’ is the third title created and his biggest wager.

The wardrobe and sounds take us to Japan and other places in Asia which Barrionuevo admits to be in love with. Actually “Unalome” is a symbol of Buddhist tradition that means the way of life. Rocio Garcia, as the musical director of the show, has included diverse flamenco references in the soundtrack. And as a professional flamenco dancer (she works in a dance company based in Paris), she communicates with the horse through the movements of her body. She confesses that she would never place herself under the animal in the stable, but under the stage spotlights “everything changes” and she moves to the rhythm of the equine’s breathing, she caresses it, kisses it, and plays with its tail. 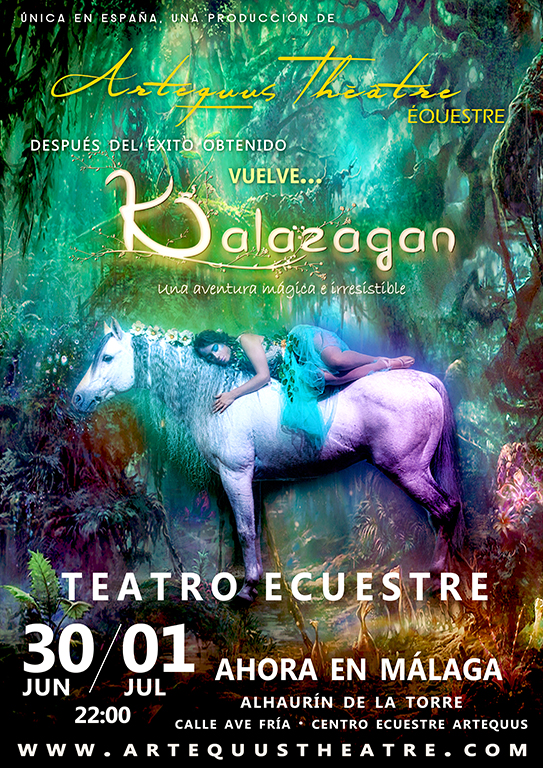